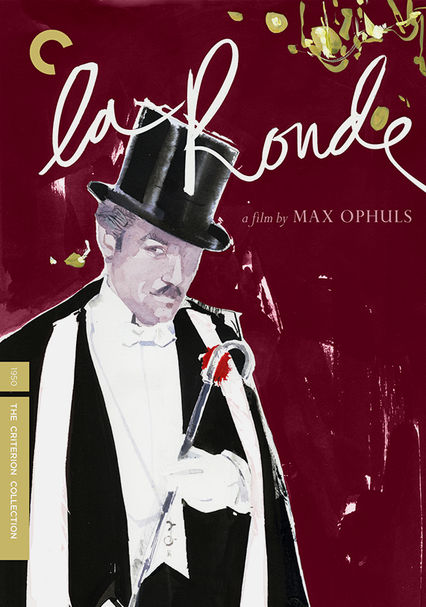 1950 NR 1h 33m DVD
This BAFTA Best Film Award winner spins through a merry-go-round of love affairs that come full circle in early 1900s Vienna. Told through a series of vignettes, this lyrical comedy is held together by the narrative overlay of a sage interlocutor. Each episode introduces a new character who has an affair with a character from the previous scene, eventually bringing the story back to its beginning. Max Ophuls directs.