Labou and the Quest for the Lost Treasure 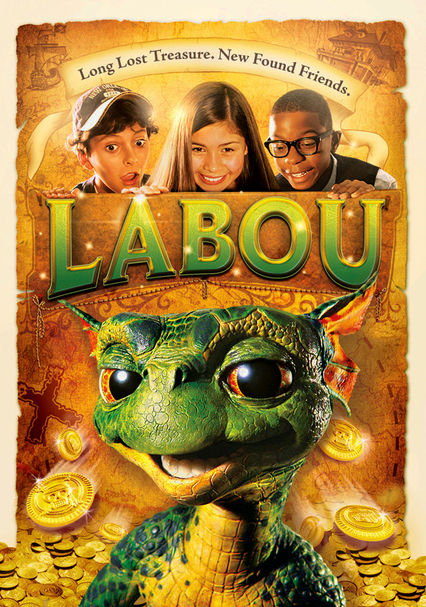 Labou and the Quest for the Lost Treasure

2009 G 1h 35m DVD
When young Gavin, Emily and Toddster set out in the Louisiana bayou to find the sunken pirate ship of Capt. LeRouge, they unearth the most magical treasure they ever could imagine in a cute little swamp critter named Labou.

Parents need to know that this movie about pirates, a ghost, buried treasure, and a musical swamp creature does not find its groove. Three kids follow a dare to find a treasure and get lost in the swamp overnight. They also find the ghost of Pirate La Rouge, which might be scary to younger viewers. One of the kids is a bully, calling the other two names throughout the film. The kids are never really threatened, but the bad guys do kidnap one of them, though he's able to escape handily.

Some comic pratfalls when the construction crew chases the kids, but nothing notable. The ghost of Le Rouge appears periodically throughout the movie, but he's not too scary.

New Orleans needs the props after the Katrina disaster, but this weak effort does little to give the Crescent City a boost. The mixed race cast is refreshing to see.

The first scene depicts drunken adult revelers in old New Orleans. The drunkest of them all talks about the pirate who is a key factor in the film.