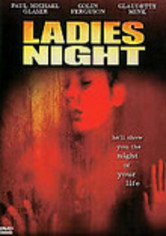 2005 NR 1h 28m DVD
While tracking embezzled money, insurance investigators Susan Vercillino (Claudette Mink) and Jesse Grant (Colin Ferguson) expose a pattern of murdered female bank employees. It turns out the killer has been seducing the women, persuading them to steal money, then taking their lives. Soon, the investigators become involved in a dangerous cat-and-mouse game with the sophisticated and cunning murderer (Paul Michael Glaser) in this dark thriller.