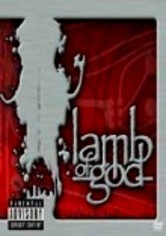 2004 NR 0h 30m DVD
This collection of videos, live performance footage and behind-the-scenes outtakes is a fitting reward for true Lamb of God fans, as well as a sort of milestone for the Virginia-based band known as much for their integrity as for their music. Despite winning five Grammy Awards, the group has remained fiercely loyal to their heavy metal roots, a fact that's earned them an equally loyal fan base who can't get enough of their progressive sound.