Land of the Blind 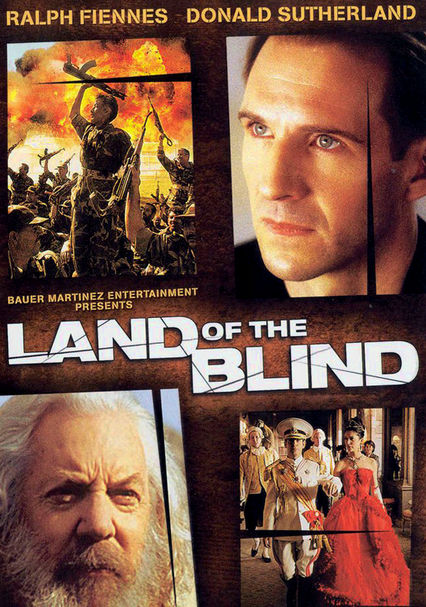 Land of the Blind

2006 R 1h 41m DVD
Set in an unnamed place and time, this allegorical satire centers on Ralph Fiennes, who stars as an idealistic soldier whose illicit friendship with political prisoner Thorne (Donald Sutherland) leads him to rise against his country's totalitarian government. But after Thorne, an outspoken critic of corruption, persuades Joe (Fiennes) to lead a coup d'etat, Joe learns the true price of power. Robert Edwards writes and directs.