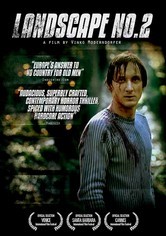 2008 NR 1h 30m DVD
When thief Sergej (Marko Mandic) snatches a valuable painting from the house of an elderly Slovenian general, he has no idea it contains a document implicating the painting's owner in a post-World War II atrocity -- and that he'll go to any length to get it back. Even as those close to him begin to die, Sergej seems unable to grasp the danger he faces from the now-desperate general in this thriller written and helmed by Vinko Moderndorfer.