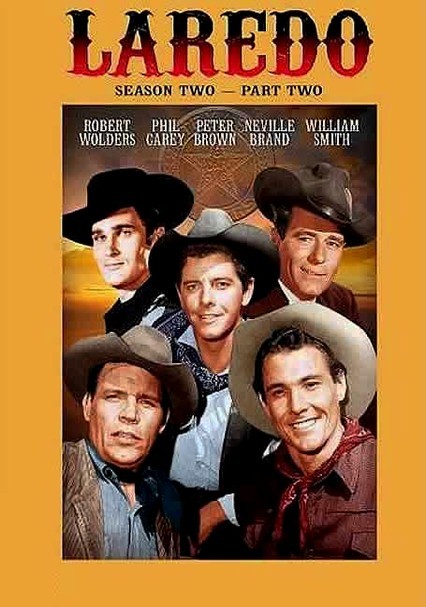 Texas Rangers Reese Bennett (Neville Brand), Chad Cooper (Peter Brown) and Joe Riley (William Smith) keep the peace to a dull roar in this classic Western series that spun off from an episode of "The Virginian." This installment of episodes from the show's second season finds the boys learning to work as a foursome as they welcome well-dressed gunslinger Erik Hunter (played by Robert Wolders, who became a series regular) to their three-man posse.

The mix of drama and comedy continues in the Wild West for Texas Rangers Reese, Chad, Joe and Capt. Parmalee. This set of adventures finds the team tracking a pint-size gang, infiltrating a Chinese drug ring and battling a heartless railroad man. Guest stars in these last 13 episodes from the second season include Clint Howard, Philip Ahn, Robert Wolders, Claude Akins and Carl Ballantine.