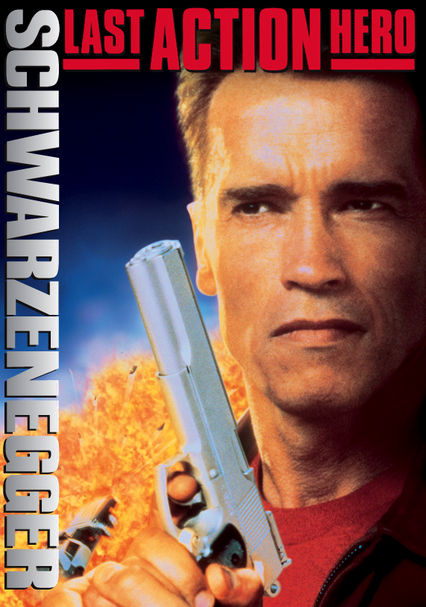 1993 PG-13 2h 10m DVD
A magic movie ticket gains a young fan unprecedented access to his favorite action hero after being sucked out of his seat and onto the big screen. But things spin out of control when a fiendish movie villain uses the ticket to enter the real world.

Parents need to know that this spoof/critique of action films has itself an excessive amount of violence, explosions, and killings. While kids may love this, the sheer number of people who are killed or plotted to be killed (at least 15) make it too much for younger kids. Jack's son is killed and daughter kidnapped, and Danny nearly dies as well. Jack is shot and nearly dies, bubbling up blood from his mouth. Also, several characters smoke.

Jack mentions premature ejaculation. Models in lingerie, including thongs, run around. Ashley kisses Danny. A prostitute offers herself to Benedict.

Excessive violence with plenty of gun shots, explosions, punches, and kicks. Nerve gas is used and people fall through glass skylights. Jack's son is pushed off a building and falls to his death. Jack is shot in the chest and nearly dies; He coughs blood. Danny is held captive and pushed over a building, nearly dying. Jack's daughter is kidnapped and slapped. A body flies through a windshield. Someone is electrocuted.

The film is a commercial for other action stars and films, including Sylvester Stallone, E.T., Basic Instinct, Terminator, etc.