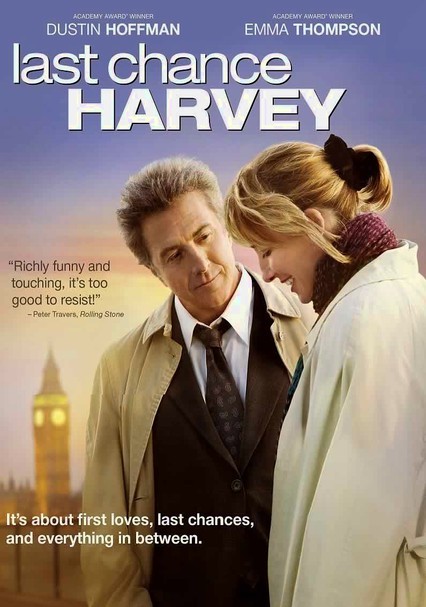 2008 PG-13 1h 33m Blu-ray / DVD
A struggling jingle writer risks losing his job to attend his daughter's London wedding, only to discover that he's not exactly welcome. While in the airport bar, he meets a lonely statistician and finds himself thrust into an unexpected romance.

Parents need to know that this sweet romance about middle-aged lovers deals with some mature themes -- family dysfunction, for starters -- in a low-key way that likely won't lure too many younger viewers. But those who do see it, especially older teens, will be greeted with strong storytelling about a very realistic relationship. There's some strong language (mostly "s--t"), and few scenes involve drinking, primarily in a social setting (at pubs, for instance) -- though one character sits at a bar seemingly ready to drown his sorrows. It may feel like a downer at first, but it's ultimately a hopeful film.

A sweet kiss between two people falling in love.

Tense conversations, but no physical fights.

A father tries to patch things up with his daughter, putting his already endangered job in more peril. A woman comes to a man's aid and not only befriends him but also helps him through a rough patch, as he does for her. A daughter grows increasingly exasperated with her needy mother but still stays patient and giving.

Some visible signage and product placement -- including but not limited to Johnnie Walker Black Label, Air Berliner, and Marriott -- but not an overwhelming amount.

Some drinking, mostly social -- though one scene shows a man ready to drown out his sorrows in hard liquor.