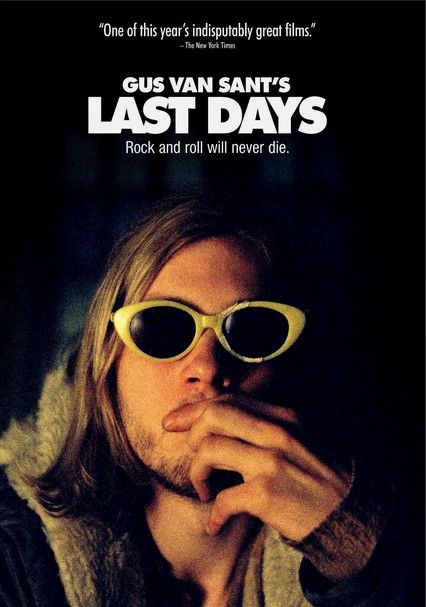 2005 R 1h 37m DVD
A rock 'n' roll star seeks solace in the woods in Gus Van Sant's drama centered on a Kurt Cobain-type character. Tired of career pressure and constant public exposure, Blake (Michael Pitt) retreats to his remote home and embarks on an introspective journey. As he sequesters himself from his fans, his manager, a private eye and others, Blake ultimately finds release from his troubled life. Asia Argento and Lukas Haas co-star.

Parents need to know that this movie focuses on a musician's depressed final days, and he shoots himself at the end, in a sequence featuring images recalling Kurt Cobain's suicide (based on widely circulated police and press photos). Characters use drugs, drink, smoke, and curse casually and frequently (including the "f--k"). The movie contains some sexual imagery and references (a girl in her underwear, two young men having sex, two girls dancing, a male character wearing a slip), and sexual slang. A young man urinates into a river (his back to the camera), carries a shotgun through his house, and passes out more than once. He also appears as a ghost, nude, emerging from and ascending from the corpse of his unhappy self.

Suicide by shotgun implied at end, body seen (in photos that recall Cobain's death), but act is not.

Very little dialogue, but some use of curse words, including f-word.

Rock musicians and hangers-on are rude, do drugs, and have sex; one character kills himself in the end.