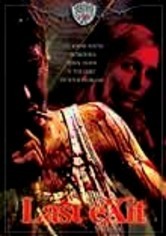 2003 NR 1h 37m DVD
After fleeing from loan sharks and relocating to Copenhagen, British criminal Nigel (Morten Vogelius) winds up in an even more dangerous situation in this thriller. The two-bit crook gets a job hiding illegal goods for a local crime boss and enters into a dangerous affair with one of the gangster's prostitutes. Life gets even messier when Nigel's wife (Jette Philipsen) becomes pregnant, setting off a series of chaotic twists and turns.