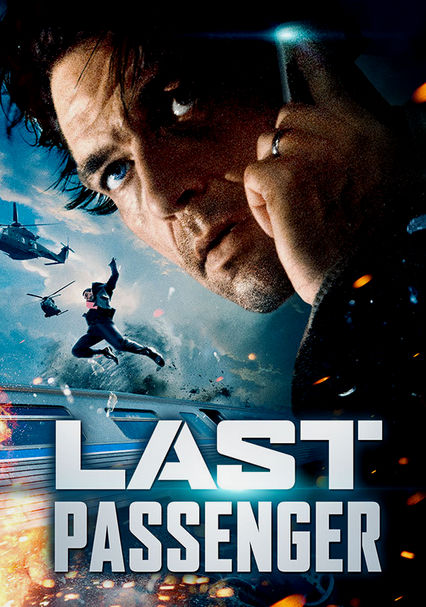 2013 R 1h 37m DVD
Weary single dad Lewis Shaler boards a train from London with his son and begins an unexpected flirtation with a stranger, but his interesting evening turns tragic when a madman seizes control of the train, forcing Lewis to take dramatic action.

Parents need to know that The Last Passenger is a taut thriller that centers on the final six people on a commuter train that's been taken over by a madman who refuses to stop, speeding mindlessly across the countryside headed for a terrible ultimate destination. A few scenes feature the characters in harrowing, extremely dangerous situations as they try to halt the train; some are injured -- and worse -- but there are fewer explosions than the standard Hollywood shoot-'em-up blockbuster. There's some flirting, kissing, drinking, and smoking, but language (mostly variations on "f--k") is the main reason for the film's R rating.

Two people flirt and at one point exchange a brief kiss.

The film follows six characters in grave danger aboard an out-of-control train -- and their increasingly desperate attempts to stop it. Some of these efforts are extremely dangerous, and some of the characters are injured in the attempt, or worse. As they get more and more anxious, they take out their frustration on each other and in futile attempts to reach the train's control room.

Not constant, but characters do use "f--k" several times.

Ordinary people can rise to the occasion when necessary, and even people who don't get along under ordinary circumstances can learn to work together.

The characters all share a drink at a difficult moment. Some of them also smoke cigarettes at times.