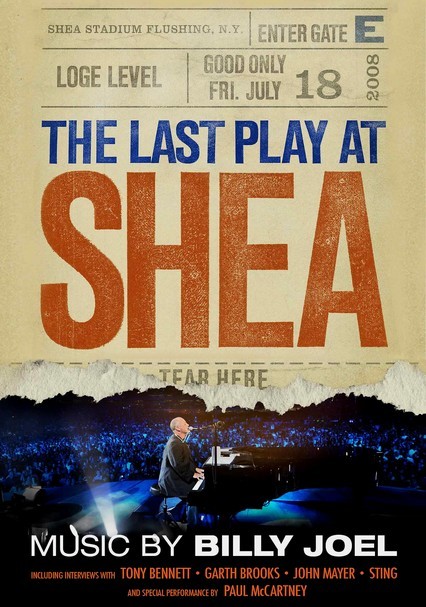 2010 NR 1h 30m DVD
Filmmaker Paul Crowder crafts an uncommon document of Billy Joel's historic final concert at Shea Stadium before it was to be demolished in 2008 with this music-driven blend of concert footage and personal interviews. Highlights include appearances from special musical guests Roger Daltrey, Paul McCartney and Tony Bennett, plus performances of "It's Still Rock and Roll to Me," "You May Be Right" and "New York State of Mind."