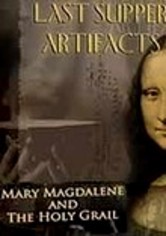 2005 NR 0h 50m DVD
At the Last Supper that preceded his crucifixion, Jesus Christ was said to have a sipped from a cup later used to capture his blood by Joseph of Arimathea, imbuing the so-called Holy Grail with coveted mystical powers. This mesmerizing documentary investigates the legend of the grail and whether it existed, the Nazis' fabled search for the sacred chalice and popular theories that it's already been found.