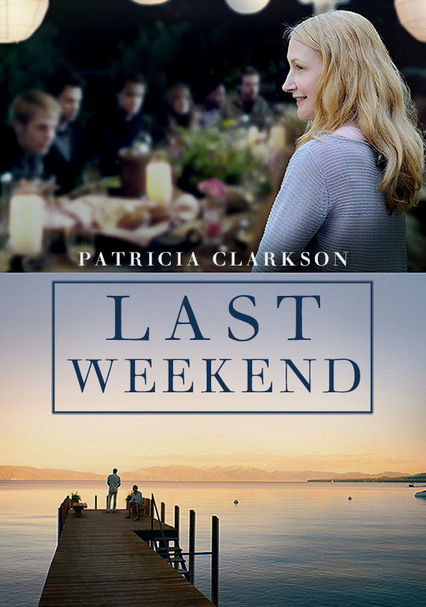 2014 NR 1h 34m DVD
When well-heeled, fastidious Celia Green rounds up her two grown sons and husband for a holiday weekend retreat at their beloved vacation home, perfection is her goal. Unfortunately for Celia, discord and dysfunction intervene.

Some intense scenes include a guy having an allergic reaction but surviving. A man falls into water and is electrocuted and life-flighted out but survives.

The importance of letting go; making your own money; and treating people like human beings no matter their socioeconomic standing.

Characters consume wine and beer throughout. A man mixes sleeping pills and champagne and appears inebriated. A character is described as being a recovering alcoholic and addict.