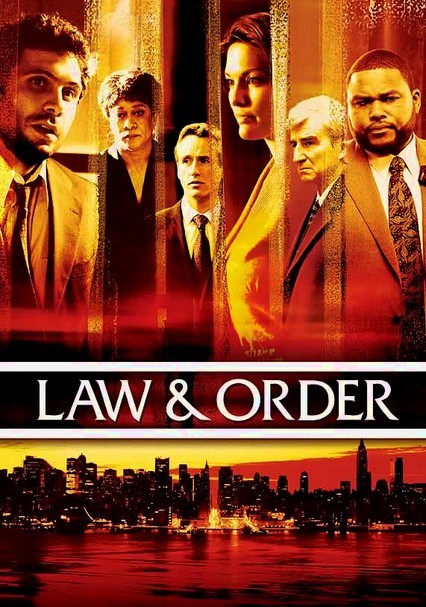 1990 TV-14 14 seasons
Law & Order is the police procedural/legal drama that started it all -- including the spinoff Law & Order: Special Victims Unit and a British version across the pond -- by painting an often-complicated portrait of America's criminal justice system. Over the course of its 20-season run, the series picked up an Emmy Award for Outstanding Drama as well as Screen Actors Guild statuettes for leading men Sam Waterston and Jerry Orbach.

This critically acclaimed series engages viewers by presenting them a crime that's just been committed, and then walks them through the protocol that follow such incidents, from the investigation to the trial. In Season 2 of the landmark drama, detectives Mike Logan (Chris Noth) and Phil Cerreta (Paul Sorvino) investigate the crimes, then turn things over to Executive District Attorney Ben Stone (Michael Moriarty).

The Emmy-winning series returns for more police investigations and courtroom drama inspired by contemporary news events, including an indictment of television violence as a probable cause of real-life bloodshed. In other stories, recovering alcoholic Lennie Briscoe (Jerry Orbach) falls off the wagon after a visit from his estranged daughter, and Assistant District Attorney Jamie Ross (Carey Lowell) considers giving up the practice of law.

New assistant prosecutor Abbie Carmichael (Angie Harmon) -- who zealously seeks justice -- joins the ranks of the Manhattan district attorney's office in the long-running series' ninth year. With guest appearances by the likes of Julia Roberts (in an Emmy-winning role), a presidential impeachment story and a two-part episode about the Russian Mafia, this season is full of surprises. Other guests include Lisa Eichhorn, Roy Thinnes and Joe Piscopo.

Season 11 of the long-running series kicks off with the introduction of Nora Lewin -- a former law professor and the city's new district attorney -- and a guest appearance from Rudy Giuliani, who was the city's real-life mayor at the time.

Kicking off with a gripping episode inspired by prisoner abuse at Abu Ghraib, the 15th season of "Law & Order" continues to chronicle the stories of the New York police who investigate crime and the district attorneys who prosecute the offenders. This season also marks the arrival of Detective Joe Fontana (a dry-witted Dennis Farina), a new transfer from Chicago who partners with Ed Green (Jesse L. Martin).

As Jack McCoy (Sam Waterston) ascends to the rank of district attorney, Michael Cutter (Linus Roache) joins the team as assistant DA in the 18th season of the celebrated NBC crime series. Meanwhile, on the investigative side, Detective Cyrus Lupo (Jeremy Sisto) partners with Ed Green (Jesse L. Martin). The ripped-from-the-headlines episodes include cases inspired by the Larry Craig scandal and the Michael Vick dogfighting case.

As the 19th season of this long-running crime drama unfolds, District Attorney Jack McCoy (Sam Waterston) rubs ADA Cutter (Linus Roache) the wrong way when he uses a post-9/11 terrorism statute to go after a gang of street fighters. Elsewhere in the city, Detective Cyrus Lupo (Jeremy Sisto) and his newly minted partner, Detective Kevin Bernard (Anthony Anderson), are focused on hauling the bad guys into court where they belong.

Parents need to know that the Law & Order franchise isn't designed for kids. The first half of each hour-long episode focuses on a violent crime, and the second half centers on the ensuing courtroom drama -- which may bore more action-oriented viewers.

No sex is shown, but sometimes the crimes involve sexual acts.

Plenty of shooting, guns, blood, and bodies, though not as graphic as on forensic shows like CSI.

The series offers a clear distinction between good and bad, according to the police/legal system. It highlights America's sophisticated legal system, and the sometimes tenuous relationship that exists between each of its agencies.

Occasionally a perp will smoke or do drugs.