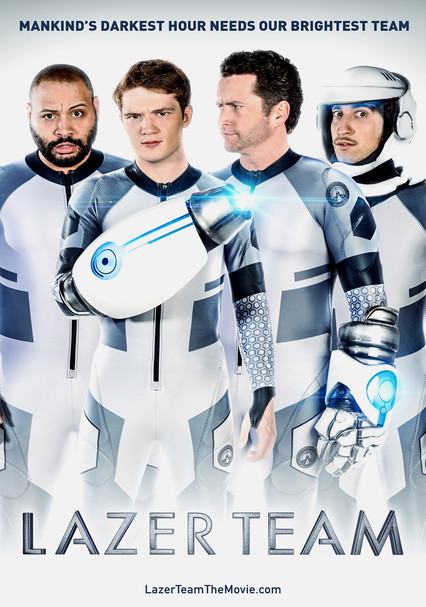 Parents need to know that Lazer Team is a sci-fi comedy from Rooster Teeth, a production company with a popular YouTube channel. There's plenty of fantasy action, fighting, and comical violence, with lots of laser-gun shooting, as well as some teen brawling at a party and football clashes. Though no nudity or sex is actually shown, there are strong sexual situations and innuendo; teens also kiss at a party. Language is fairly frequent and runs the gamut, including "s--t," "bitch," and "d--k." One character drinks too much beer and smokes too much, a lot of which is played for humor (though he does "recover" by the end of the movie). Teens are seen with cups of beer at a party.

Through teamwork, respect and friendship are learned.

Fans may know the Rooster Teeth team from YouTube and may be inspired to buy Rooster Teeth/Lazer Team products in their online store.

A character seems to have a drinking problem (he drinks lots of beer). He's also a heavy smoker; it's mostly played for laughs, and he "recovers." Teens shown with cups of beer at a party.