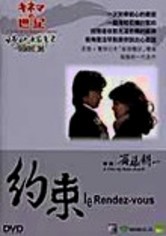 1972 NR 1h 30m DVD
In director Koichi Saito's plaintive drama, when two strangers strike up a conversation on a train bound for northern Japan, they quickly fall in love not knowing they're each harboring equally sordid secrets. While Keiko (Keiko Kishi) is a convicted murderer on parole, fugitive Akira (Kenichi Hagiwara) is wanted for robbery and assault -- and the police are waiting to apprehend him as soon as he steps off the train.