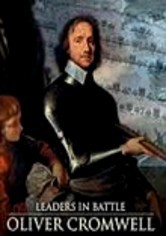 2001 NR 0h 50m DVD
Oliver Cromwell may be synonymous with what is now known as the Commonwealth of England, but his early years were simple. That soon changed when he proved himself a fine soldier, able to do battle in his country and abroad, as detailed in this historical documentary. But he was also a cunning operator within the confines and pressures of political life, though in the end, his reign as a de facto monarch divided his people.