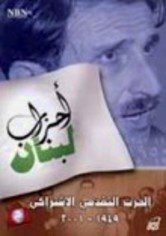 2002 NR 3h 0m DVD
Through archival footage and interviews, this in-depth documentary explores the ideology of Lebanon's Progressive Socialist Party and places its creation (in 1949) in a historical and social context. Founded as one of the country's few wholly secular political blocs by Kamal Joumblat, a leader of the Druze people who was later assassinated, the party is now led by his son Walid and continues to gain support and parliamentary power.