Led Zeppelin: On the Rock Trail 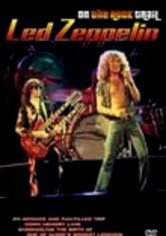 Led Zeppelin: On the Rock Trail

1982 NR 0h 55m DVD
Get the Led out with this classic rock installment of the On the Rock Trail series, chronicling the highs and lows of one of the world's most unforgettable and influential bands. As pioneers of modern-day hard rock and heavy metal, Led Zeppelin -- composed of charismatic front man Robert Plant, guitarist Jimmy Page, bassist John Paul Jones and drummer John Bonham -- inspired legions of acts that would follow in their footsteps.