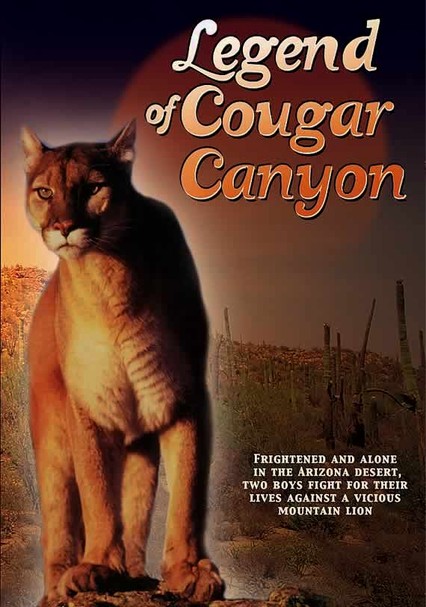 1974 NR 1h 22m DVD
Two young boys travel through the sacred and mysterious Navajo land called Cougar Canyon with the intentions of rescuing a lost goat. But the legends and inherent dangers of the haunted canyon are unsympathetic to their presence.

Parents need to know that The Legend of Cougar Canyon is more of a dated nature documentary from the 1970s than a story about any sort of legend. The first 50 minutes of the film show animals of the Monument Valley region of the American Southwest -- predators and prey, mainly -- fighting for survival, with a kind of Mutual of Omaha narration. For kids accustomed to IMAX and HDTV basic cable nature shows, this old-fashioned-looking movie will lack the pizazz and technical quality they are used to.

Scenes of animal violence between cougars and other animals, some encounters result in death. A young Navajo boy has a nightmare about a cougar attacking his herd of sheep and goats, and as the narrator talks about Navajo beliefs of "dead spirits" in parts of the canyon, quick shots of older Native Americans are combined with a brief shot of a Native American skeleton, and the howls of the dead. A boy is pounced upon by a cougar, but throws him off and defends himself without even a scratch.

The Navajo are described as loving, and being respectful of nature and seeing the animals around them as brothers.

The Navajo go to the trading post and trade goods for "tobacco and cigarettes."