Legend of the Dragon: Vol. 2 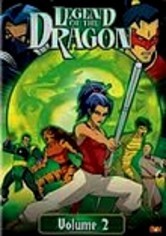 Legend of the Dragon: Vol. 2

2006 NR 1h 50m DVD
In this collection of episodes from the popular animated series, Ling joins the dark side, teaming with the Zodiac Master in a quest to possess the powers of the ancient Chinese zodiac, which will make them unstoppable. That is, unless her twin brother, the angelic Ang, can put a stop to their dastardly plans. To do so, he'll need the help of Master Chin, Tiger Guardian Beingal and the rest of the troops to end Ling's drive for world domination.