Legend of the Dragon: Vol. 4 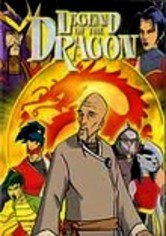 Legend of the Dragon: Vol. 4

2006 NR 2h 12m DVD
When Master Chin names 15-year-old Ling's twin brother, Ang, as the next Golden Dragon, the jealous Ling allies herself with the evil Zodiac Master in this animated series. In these episodes, Ang and Ling rejoin forces to fight the Emperor of Darkest Yin, and Ling must save her brother from the King Cobra. Meanwhile, the Zodiac Master nears his goal of obtaining the 12 ancient powers that will render him invincible.