Legend of the Drunken Tiger 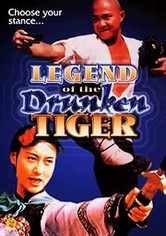 Legend of the Drunken Tiger

1992 NR 1h 38m DVD
Martial arts whiz Cheong San (Hsu Chi Wai) joins the battle against oppression during China's Ching dynasty. But fighting the good fight doesn't make him a saint; also known as the Drunken Tiger, he has the habit of drinking too much. The good news? Unbeknownst to his enemies, he fights best when intoxicated. Woman warrior Kara Hui co-stars as Cheong San's rebel girlfriend, Leela, in this old-school kung fu classic.