Legend of the Seeker 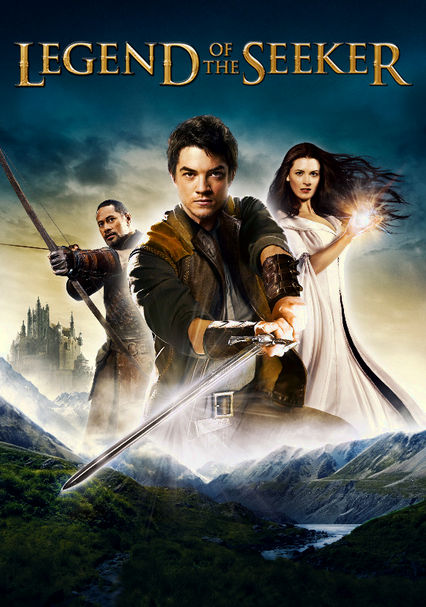 Legend of the Seeker

2008 TV-14 2 seasons
His mighty deeds foretold in an ancient prophecy, the heroic Seeker joins forces with alluring Confessor Kahlan and wise wizard Zedd to defeat magic-wielding tyrant Darken Rahl, the Keeper of the underworld and other nasty enemies.

When his father is murdered, Richard Cypher, a young woods guide, joins forces with a mysterious woman and a crafty wizard to battle the evil Darken Rahl and his minions in this fantasy-adventure series based on the Sword of Truth novels.

In the second season of this fantasy series based on Terry Goodkind's Sword of Truth novels, Richard Cypher continues to carry out his destiny as the Seeker -- a hero who arises in times of trouble to seek out and destroy evil.

Parents need to know that this swords 'n' sorcery series follows the adventures of a young man (the titular Seeker) who discovers he's destined to become a hero. The bad guys are truly nasty, while the Seeker and his allies are obviously fighting for truth and justice. There's magic and monsters, wizards and fairies, and plenty of battles. The combat scenes are exciting and somewhat graphic, but there's little blood or gore despite the high casualty count. There's some sexual tension between the central characters, but not much in the way of action.

No sex or nudity, though there's a fair amount of sexual tension between Richard and Kahlan. Some female characters wear revealing outfits.

Plenty of combat. People use swords, daggers, arrows, clubs, battle axes, and more, and most of the battles are fought to the death. The fight scenes can be exciting, with well-choreographed martial arts sequences, and though there's little gore, the show often features shots that make it clear when a swordsman has struck a mortal blow.

As with many fantasy TV shows and movies, the main message here is that good will usually triumph over evil in the end, even if it takes a lot of time and pain for that to happen.