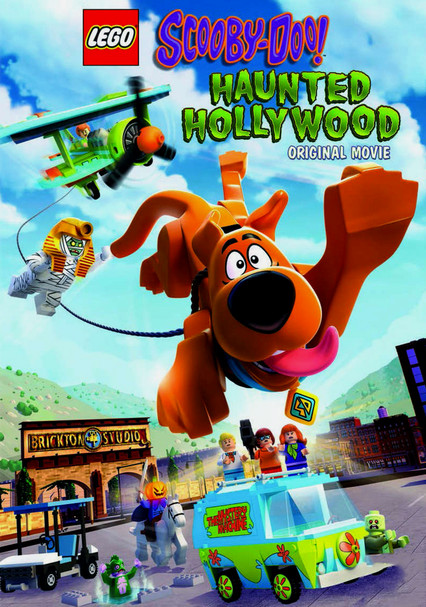 2016 NR 1h 15m DVD
Set in a LEGO world, the Scooby gang try to rescue an old movie studio which is not only threatened by developers who want to tear it down, but by a series of movie monsters who are suddenly haunting the place.

Parents need to know that Lego Scooby-Doo! Haunted Hollywood is the first DVD teaming the popular building toy with the classic Hanna-Barbera characters. Some of the familiar characters are voiced by regular Scooby-Doo voice actors, while others are new to this Lego release, but all retain the bright, upbeat qualities of the originals. It's set in an old film studio famous for its monster movies, with some suspense and mild action. The villains and monsters are less scary than the usual series evildoers given the constraints of Lego building-brick construction. Still there are zombies, mummies, and even a glowing headless horseman to threaten the heroes and give them a mystery to solve. Following the 2015 release of Lego Minifigure Scooby-Doo play sets, it's a cross-promotion effort expected to enhance sales. OK for all but the youngest kids who are not yet comfortable with cartoon violence.

Using intelligence and working together for a purpose yields rewards. Greed and deception result in punishment.