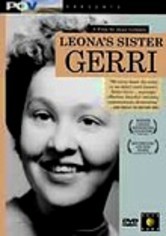 2007 NR 1h 15m DVD
Jane Gillooly's intense documentary humanizes an iconic photograph that became the centerpiece for the fight for abortion rights. Before her body was found on a motel floor after a botched illegal abortion -- an image captured and reprinted hundreds of times -- Gerri Santoro was a beloved mother and a sister. She was also a woman struggling to leave an abusive marriage. Here, she's remembered in all her complexity, rather than as simply a victim.