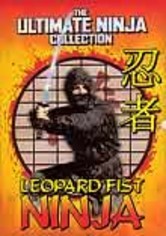 1982 NR 1h 23m DVD
A lone warrior seeks revenge for the murder of his parents in this martial arts film. After perfecting his fighting skills, a lone fighter goes after King Kong, the gangster responsible for killing his parents. His parents' brutal murder still fresh in his mind, the warrior fights Kong's ninja assassins in scenes showcasing "The Eight Styles of the Buddhist Death Kick" and "The Leopard Sorcery Fist." Jack Lam and Willie Freeman star.