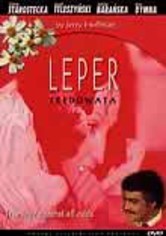 1976 NR 1h 40m DVD
The focus of this Polish film is a touching love affair between an affluent aristocrat and a striking young teacher. The two have an undeniable bond, but their love is forbidden, and the local townspeople do everything in their power to put an end to the relationship. Is their difference in social status something they can overcome, or will it ultimately mean the end of their romance? Co-stars Elzbieta Starostecka and Leszek Teleszynski.