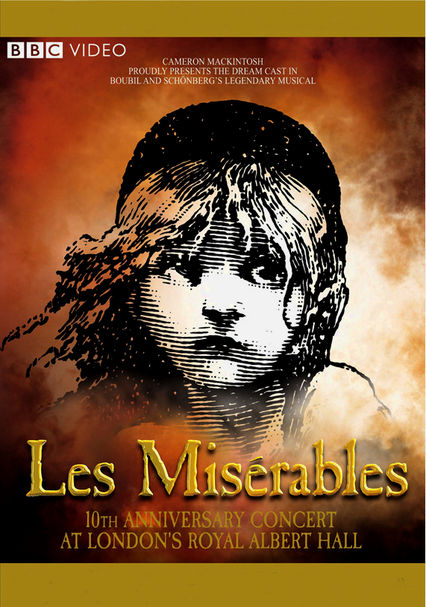 1996 NR 2h 28m DVD
In celebration of the megahit musical's 10th anniversary, a dream team of Les Miz singers unites at Royal Albert Hall to perform such beloved numbers as "I Dreamed a Dream," "Master of the House" and "Who Am I." The evening -- which features Colm Wilkinson as Valjean, Lea Salonga as Eponine and Philip Quast as Javert -- culminates in an encore of 17 Valjeans from around the world singing "Do You Hear the People Singing" in their native languages.