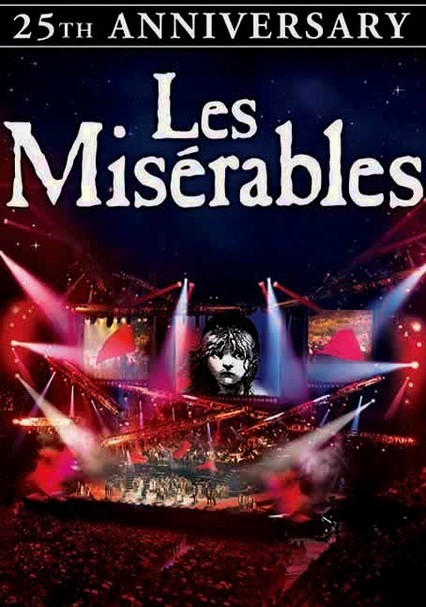 2010 NR 2h 50m DVD
An all-star cast celebrates the 25th anniversary performance of the legendary stage adaptation of Victor Hugo's novel of the French Revolution. Among those providing their voices to the opera are tenor Alfie Boe as Jean Valjean, Ramin Karimloo as Enjolras, and Matt Lucas as Monsieur Thénardier. In a bit of inspired casting, boy band sensation Nick Jonas appears as Marius. Direction is provided by Nick Morris.