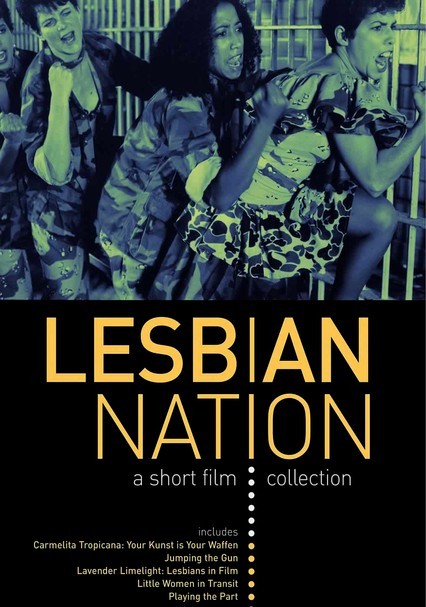 2009 NR 2h 20m DVD
This anthology of five daring short films explores life as a lesbian in modern times, including a look at a college woman's repeatedly thwarted efforts to explain her orientation to her family in Mitch McCabe's "Playing the Part." Other films include Ela Troyano's "Carmelita Tropicana," Jane Schneider's "Jumping the Gun," Barbara Heller's "Little Women in Transit" and Marc Mauceri's documentary about lesbian film directors, "Lavender Limelight."