Let's Go to the Nightclub: Salsa for Beginners 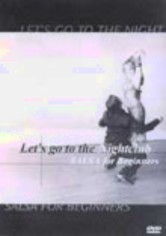 Let's Go to the Nightclub: Salsa for Beginners

2003 NR 0h 57m DVD
If you've been wanting to hit the salsa clubs, this award-winning tutorial will you teach you basic dance moves as well as plenty of tips on appropriate salsa dress, nightclub etiquette, which shoes to wear and a cultural history of the music itself. The handsomely produced film, which also tells you where to buy your salsa-rific wardrobe on the Internet, won the Silver Award at the 2003 Worldfest-Houston International for Instructional Film.