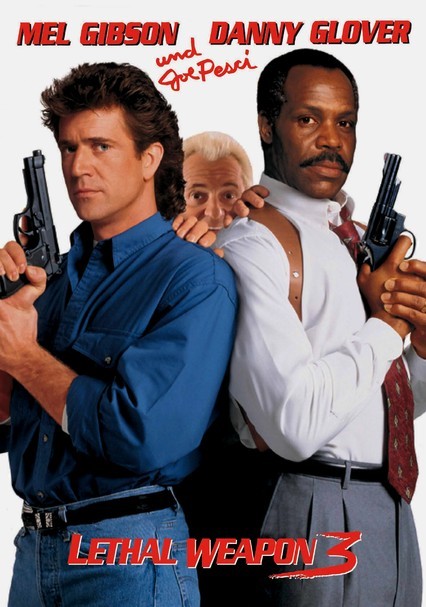 1992 R 1h 58m DVD
Archetypal buddy cops Riggs and Murtaugh are back for another round of high-stakes action, this time setting their sights on bringing down a former Los Angeles police lieutenant turned black market weapons dealer.

Parents need to know that this film contains lots of violence and the suggestion of sex. The violence isn't especially graphic in this installment of the series. No one seems to suffer or bleed that much, but there are several onscreen deaths. There are also a few homophobic jokes.

Violence is used to solve conflicts. A few homophobic jokes.