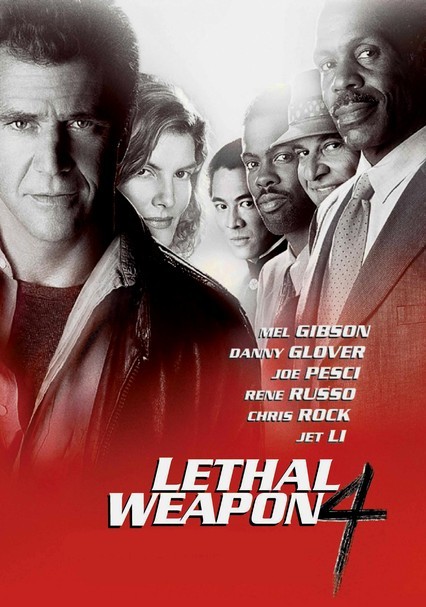 1998 R 2h 7m DVD
Maverick detectives Riggs and Murtaugh square off against Asian mobster Wah Sing Ku, who's up to his neck in slave trading and counterfeit currency. With help from a gumshoe and a smart-aleck rookie cop, the duo aims to take down Ku and his gang.

Parents need to know that this is a violent film, including shootings, explosions and even an impaling. Characters don't take the violence seriously. There are offensive portrayals of Chinese people, and some homophobic jokes. Characters also abuse laughing gas.

Death by shooting, explosion and impaling. Man hit by a bus onscreen.

Plenty of foul language, though less than in previous sequels.

Some abuse of Nitrous Oxide (laughing gas) in a dentist's office.