Level 13.Net: Around the World 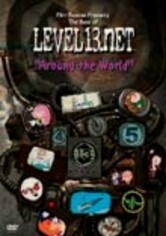 Level 13.Net: Around the World

2003 NR 0h 45m DVD
Journey to various countries and learn about different cultures in this collection of 24 groundbreaking animated short films from around the globe. Produced by both beginner and experienced filmmakers at film schools and independent studios and culled by the visionary Level 13 team, this video showcases everything from crazy to conceptual, humorous to hilarious, wild to wacky.