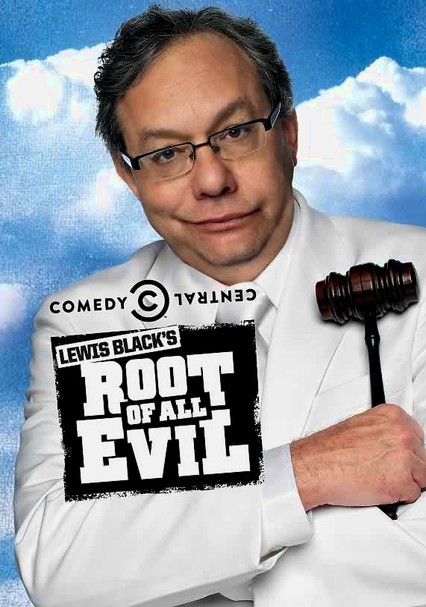 2008 TV-14 1 season
Caustic comedian Lewis Black spares no sacred cow in this spoof of reality courtroom shows in which he invites leading comics to debate the relative evils of newsmakers that run the gamut from the Catholic Church to Paris Hilton. Participating panelists include Greg Giraldo, Patton Oswalt and Kathleen Madigan, whose verbal duels over the merits of PETA, blogging and strip clubs leave Judge Black in hysterics.

Explosive funnyman Lewis Black hosts this courtroom parody program in which comedians such as Greg Giraldo, Paul F. Tompkins and Patton Oswalt ridicule pop culture targets like Paris Hilton, Donald Trump, Oprah, Viagra and video games. Highlights from the first season include debates over which of the following is more evil: beer or weed; high school or "American Idol"; and Kim Jon-Il or Tila Tequila.

Parents need to know that this show is all about mockery, casting famous people, organizations, or other well-known topics in the worst possible light and then deciding which is the "worst" offender against common decency. It's funny, but it sometimes seems mean-spirited. And while some of the subjects aren't too surprising (Donald Trump, Paris Hilton), it's hard to see why others (Oprah?!) have been deemed worthy of this treatment. Plus, the content is definitely on the mature side, with frequent references to sex, drinking, and drug use, as well as strong language (only the strongest words are bleeped).

No sex or nudity, but plenty of references to sex. In an episode in which the Catholic church was one of the "defendants," for example, many references were made to sex with young boys (the phrase "boy f--king" is used several times), as well as oral sex. An historic image of a torture device also depicted a bound, naked figure.

Some references to fights.

The participants are trying to paint people, organizations, or pop culture topics in the worst light possible and often swear, using words like "ass," "whore," "bitch," "f--k," "d--k" and other colorful phrases (the strongest terms are bleeped).

The show follows a courtroom format, so the participants are in an adversarial setting as they try to make the case that a certain person, group, or concept has a negative effect on society. The present the subjects in the most unflattering way possible and at times skirt the line between funny and mean-spirited.

Many organizations, companies, people, and products are referred to by name, ranging from Oprah Winfrey and Donald Trump to the Catholic church, Viagra, and YouTube.

No drugs or drinking shown, but there are frequent references to being drunk or high.