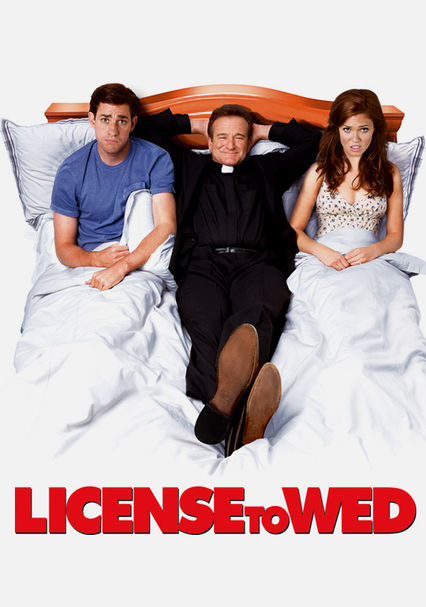 2007 PG-13 1h 31m Blu-ray / DVD
Ben and Sadie encounter a roadblock to their trip down the aisle when her pastor insists they go through a prenup course before he'll marry them. The two agree to the marital boot camp -- but find it puts their relationship through some challenges.

Parents need to know that teen girls -- especially those who are fans of Mandy Moore or The Office star John Krasinski -- will be interested in this romantic comedy. Because the plot revolves around a wacky minister's intense premarital counseling course, there's lots of talk about sexuality, parenting, communicating, and intimacy, but it's all handled in a comedic manner. The reverend's "no sex before the honeymoon" rule is harmlessly discussed and tested in many scenes -- although safe sex isn't discussed specifically. Language is on the mild side but includes "s--t," and "ass." The minister is highly unorthodox and all-too-willing to intrude inappropriately (illegal surveillance, for example) on couples in his class.

Sadie and Ben make out in bed and are shown right before having sex (she starts to undress him). They kiss and fool around in several scenes but stop short of doing the deed -- as per the reverend's instructions. Ben says he wants to play "pickle me, tickle me." The reverend encourages Sadie and Ben to discuss their likes and dislikes "in bed" with him. Ben's best friend jokes about not "getting any" after you're married. Safe sex isn't addressed specifically.

Ben gets hit by a baseball while playing catch and ends up with a bloody nose.

Sends the message that if you truly want to marry someone, you'll overcome all your differences (and skip premarital counseling with a crazy minister). Reverend Frank is a very unorthodox (and intrusive) man of the cloth, going so far as to conduct illegal surveillance on the couples in his class.

Characters (all of age) drink wine, beer, and champagne at bars and parties.