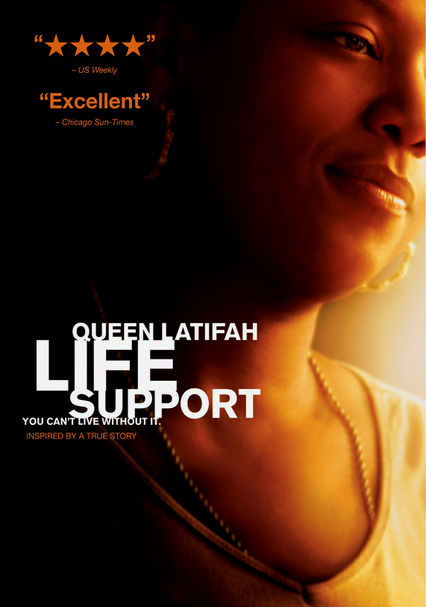 2006 NR 1h 27m DVD
When Ana (Queen Latifah, in her first Emmy-nominated role) receives her HIV-positive diagnosis, she struggles to overcome her drug addiction and dedicates herself to the fight against HIV infection in the black community. But her bigger battle may be to repair her fractured family. This drama is based on the life of AIDS activist Andrea Williams, sister of writer-director Nelson George. Wendell Pierce and Anna Deavere Smith co-star.

Parents need to know that this movie deals in a realistic way with the effect of drug addiction and HIV diagnosis. As such, teenager Amare manipulates friends, steals from people who take care of him, and sells his HIV medications to make money for drugs. There are several scenes of him passed out and very ill from living on the street and the effects of HIV. A main character dies from the disease by the end of the movie. There's also considerable graphic discussion of drug addiction and how it destroys families, as well as discussions of sex and condom use.

Lots of talk about sex and contracting HIV, including images of female condoms, talk about rolling a condom on with one's mouth, and talk about dental dams. Ana and Slick kiss and it's implied that they had sex. Amare talks about having different boyfriends. Ana hands out condoms to her daughter's boyfriend. Lots of talk about reasons women don't ask their boyfriends or husbands to wear a condom. Ana visits a gay club and shows the "down low" lifestyle of black men who are in the closet, living with wives and children while having sex with men.

A main character dies (off-screen) from complications of HIV. Ana talks about wanting to kill herself and her boyfriend after finding out her HIV status. A man shoots and kills his wife, presumably after he finds out her HIV status. Michael threatens to have Ana killed.

Ana works hard to redeem herself after a young life of drug use and manipulating her family. Her family doesn't forgive her. Family members express anger at having been seriously hurt by their drug-addicted family members. Amare's sister Tanya lets him be homeless. Tanya talks about stealing baby supplies at age 13 to take care of Amare when her parents were too high to do it.

Everyone drinks Dasani water and women talk about and show Reality Female Condoms.

Lots of talk about previous drug use -- injecting heroin and cocaine, as well as smoking crack -- and its effect on people's lives. Amare smokes cigarettes. Amare sells his HIV anti-wasting drugs to make money to buy drugs.