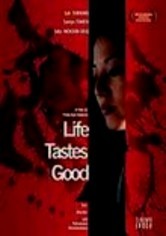 1999 NR 1h 28m DVD
Award-winning playwright Philip Kan Gotanda directs this crime drama about two-bit crook Harry Sado (Sab Shimono) who flees from his two-timing partner in crime and heads to San Francisco. He tries to reunite with his kids and becomes involved with a strange woman, but he can't escape his past. Harry narrates his own story in a series of flashbacks in Gotanda's directorial debut, which also stars Tamlyn Tomita, Greg Watanabe and Julia Nickson-Soul.