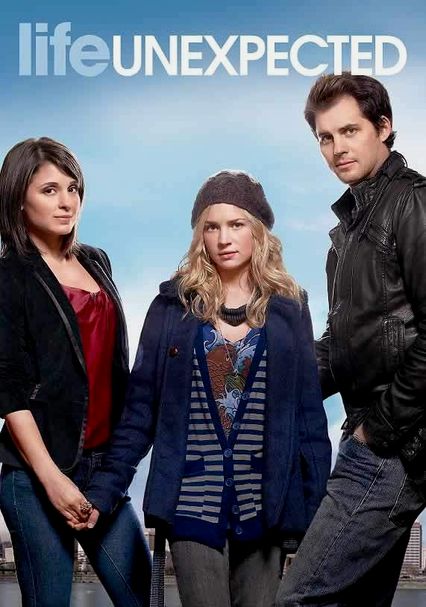 2010 NR 2 seasons
Given up at birth and shuffled from one foster home to the next, 16-year-old Lux decides to strike out on her own. But when she tracks down her real parents to authorize her emancipation, the teen lands in their joint custody instead.

A spirited ward of the state, teenager Lux leaves her latest foster family and seeks emancipation, only to have the courts place her in the custody of her estranged parents: Cate, a local radio personality, and Baze, a self-employed barkeep.

This compelling drama returns as teenager Lux continues to struggle with complex emotions after being reunited with her parents, Cate and Baze, years after they gave her up for adoption. To add to the confusion, Cate is now married to Ryan.

Parents need to know that teens will probably relate on some level to the main character of this drama: a 15-year-old girl who's spent most of her life in the foster care system and has had her fair share of disappointments when it comes to parental role models. As a result, she's outspoken and independent -- and often snippy -- when she talks to adults. There's a healthy dose of sexual innuendo, too, and the protagonist is the product of premarital sex between two teens who slept together once in high school after they'd been drinking. (At one point, she even has an illicit affair with one of her teachers.) Although there's not a lot of swearing, per se, the language can get salty, with characters saying something "blows" or making references to "drunk dialing."

The central teen character is the product of premarital sex (her parents slept together once after a formal dance when they were in high school) and was given up for adoption. Adult characters are occasionally shown in bed kissing passionately in lingerie, etc., with implied sex -- and a few morning-after regrets. There's also a good bit of sexual innuendo, and, at one point, the teen protagonist is involved in a secret affair with her teacher, although they don't have sex.

Specific incidents are rare, but the main character alludes to foster homes that were abusive. At least one episode deals specifically with physical abuse.

Some salty phrases like "this blows," "screw you," etc.

Although the show's message is about the importance of family -- no matter how it might be defined -- and stepping up to responsibility, characters' iffy decisions don't always seem to have negative consequences. Even the adults don't have their acts together, and they seem just as confused as some of the teens.

The main character's birth parents were drinking when they conceived her in high school; as adults, they get drunk by doing shots and sleep together again. The father lives above the bar he owns, and several scenes take place there.