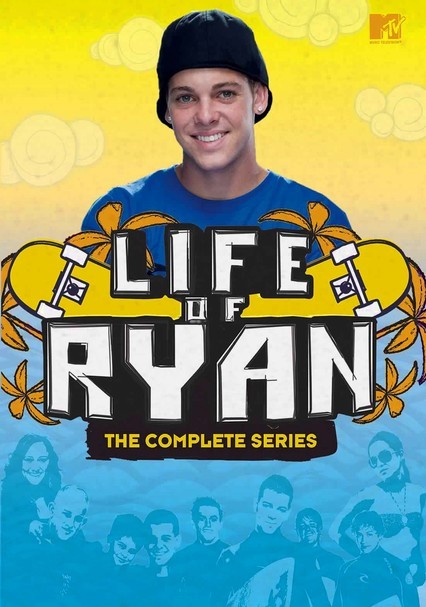 2007 NR 3 discs
Seventeen-year-old pro skater Ryan Sheckler tries to balance his successful career with the challenges of his personal life, which include coping with his parents' recent divorce, spending enough time with his brothers and finding a cool girlfriend. Follow Ryan's complicated yet exciting life in this reality series as he competes in the X Games, confronts his father's new girlfriend and hires his friend Casey as his personal assistant.

Parents need to know that this reality series about teen celebrity skateboarder Ryan Sheckler is among the tamer of MTV's offerings. The show does highlight the teen relationships and upper-class materialism typical of MTV, but it also features positive parent-child relationships and a strong work ethic. Skateboarding, family, friendship, and dating are central themes of the show, and divorce is also prominently discussed (Ryan's parents have split).

Some boy/girl flirting and kissing. A lot of Ryan's focus is on finding a girlfriend.

Some minor pushing and shoving between the Sheckler brothers (in the context of normal sibling rivalry).

Lots of surfing and skateboarding lingo, plus occasional mild words like "hell."

Despite his fame, Ryan's very grounded and hardworking. He's very close to his family and friends and is a mentor to his younger brothers. The Sheckler parents are very hands-on, and both are seen talking with their kids and setting boundaries. Mom Gretchen sometimes turns to Ryan for post-divorce emotional support. As Ryan's manager, she tries to keep her son focused on his career. The people on the show are primarily Caucasian and upper class.

Skateboarding labels, including Sheckler's own, are prominently featured, as are products like iPod, Range Rover, and Red Bull. The show introduces popular music from bands like Angels and Airwaves and Switchfoot.