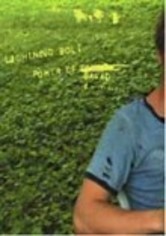 2002 NR 1h 0m DVD
Follow hard-rocking band Lightning Bolt as they storm their way across America in this compilation of performances from 19 shows. Songs include "Snake Assassin," "13 Monsters," "Wee Ones Parade," "Two Towers," "Ride the Sky" and many more. Pop diva Pink appears in a cameo, and some spectacular animation is featured. Interviews with the band, their friends and family members shed light on this avant-garde group from Providence, R.I.