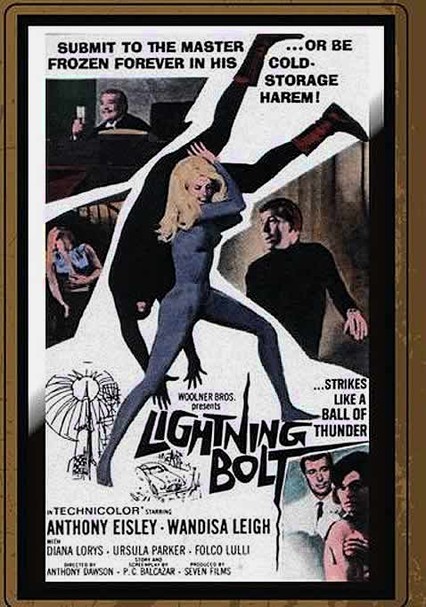 1966 NR 1h 30m DVD
Secret agent Harry Sennet (Anthony Eisley) and his female associate, Kary (Wandisa Guida), go undercover to stop a maniacal villain from succeeding in his scheme to take over the world from his underwater lair in this campy 1966 spy spoof. But first, they must thwart the miscreant's destruction of NASA rockets intended to travel to the moon -- and rid him of his lethal laser-beam cannon. Folco Lulli, Diana Lorys and Luisa Rivelli co-star.