Lightning: Fire from the Sky 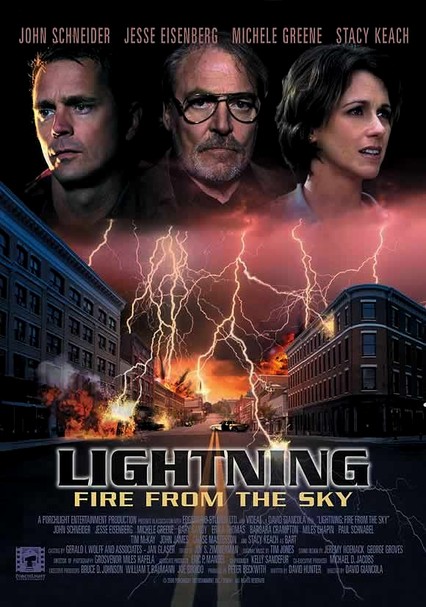 Lightning: Fire from the Sky

2001 NR 1h 31m DVD
In a small Missouri town, a teenager obsessed with meteorology discovers that a couple of major lightning storms are headed his way ... and they're on a collision course! But when he makes a frantic call to the National Weather Service, his warning is dismissed. Now, along with his father, the teen must race to warn the townspeople before the storms hit. Stars Jesse Eisenberg, Miles Chapin, Stacy Keach, John Schneider and Michelle Greene.