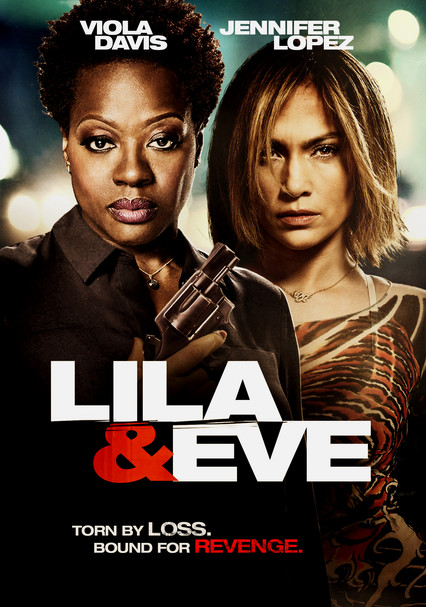 2015 R 1h 34m Blu-ray / DVD
Two mothers each lost a child to a murderer on the same day. After meeting at a support group, the women join forces to conduct their own investigation of the crimes when law enforcement authorities fail to vigorously pursue either case.

Parents need to know that Lila & Eve is a revenge thriller about a grieving mother who takes the law into her own hands when her teenage son is killed in a drive-by shooting. It tackles tough issues -- including vigilante justice and the effectiveness of the criminal justice system -- while focusing on how tragedy can shatter a family. Several scenes featuring shootings that leave victims dead and dying, bleeding on the street. There's also a fair amount of swearing (mainly "bitch," "s--t," and "f--k), as well as some drinking, smoking, and prescription pill use.

A few affectionate hugs and kisses.

After her son is killed in a drive-by shooting, a grieving mother becomes a vigilante, pursuing the drug dealers she thinks are responsible. There are several shoot outs that eventually leave almost a dozen people dead. Several victims are shown dead or dying, bleeding from gunshot wounds.

Revenge is the main theme, but the ultimate message is that you can't take the law into your own hands, no matter how much you feel wronged -- and not even if your intended victims are violent drug dealers.

Some video games are mentioned by name, including Splinter Cell.

Adults occasionally drink wine with meals. One character smokes cigarettes throughout the movie. A grieving mother sometimes takes pills to numb her pain.