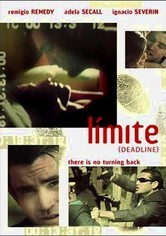 2008 NR 1h 31m DVD
A team of counterfeiters thrives amid an atmosphere of corruption in writer-director Nicolás Jullian's gritty Chilean import starring Remigio Remedy, Adela Secall, Juan Ignacio Severín and Luis Dubó. When a fetching detective is sent in to trace the origins of a phony $100 bill, she uncovers a criminal network far more complex than she had ever imagined -- and soon finds herself caught in the web.