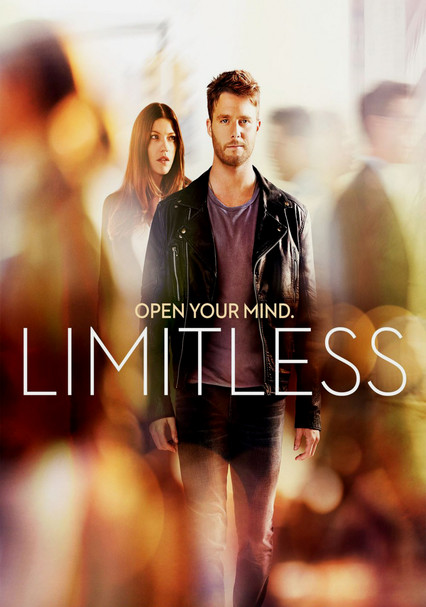 2015 NR 1 season
After ingesting a newly developed drug compound, Brian Finch gains the ability to unleash his brain's full cognitive and sensory powers. Once the FBI learns about Brian's mental capacity, they pressure him for help in hunting down criminals.

When Brian Finch takes a dose of an experimental drug, the results are astounding: Suddenly, he can put his entire brain to work -- which soon makes him a vital asset in the FBI's major case unit in New York City.

Parents need to know that Limitless is set several years after the events of the feature film that inspired it and centers on a mysterious, mind-enhancing drug with addicting powers. (The main character is technically a drug user but uses his abilities to help others, making ethical compromises in pursuit of the greater good.) You'll see some intense moments of violence, including shootings with some blood, as well as light sexual tension between characters. You'll also hear words such as "damn" and "ass."

Intense moments of violence, including shootings and bloody crime scenes.

The series highlights the power of knowledge, critical thinking, and logic and subtly promotes the concept that it's cool to be smart. But it also sends complicated messages about drug use, addiction, and ethics.

The NZT-48 drug and its addictive qualities are a major part of the plot; some other references to drinking and illegal drugs, such as pot.