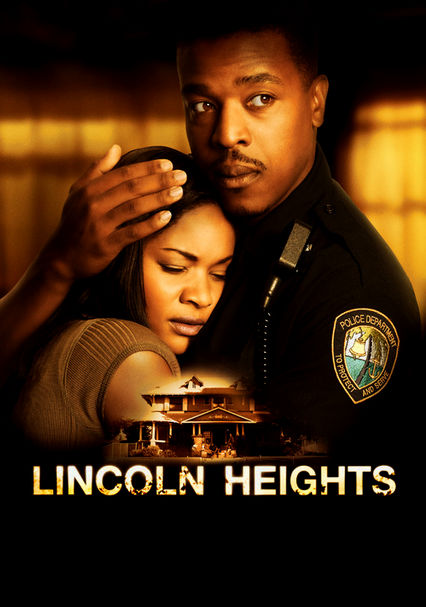 2007 TV-14 1 season
When Los Angeles cop Eddie Sutton (Russell Hornsby) moves with his wife (Nicki Micheaux) and kids (Erica Hubbard, Rhyon Nicole Brown and Mishon Ratliff) to his old neighborhood, the transition creates a variety of challenges for the family in this gritty drama that explores the realities of life in the inner city. But the Suttons soldier on in spite of unreceptive neighbors, gang violence, racism and the other issues they experience.

Fed up with housing his family of five in a tiny apartment, Los Angeles cop Eddie Sutton (Russell Hornsby) moves his brood to a home in the inner-city neighborhood where he grew up. Despite the cool reception from neighbors and the clear presence of gangs, the Suttons soldier on in this gritty family drama. The show also stars Nicki Micheaux as the family matriarch and Erica Hubbard, Rhyon Nicole Brown and Mishon Ratliff as the kids.

Parents need to know that this drama focuses on a wholesome family with strong positive values living in a dangerous neighborhood. Scenes include drive-by shootings, the aftermath of stabbings, tense stand-offs between police and criminals, and intense arguing between a husband and wife in front of their children. Some discussion of drug dealing and gangs, as well as brief scenes depicting drug users. Some discussion of race relations and social problems. The teenage girl character gets romantically involved with a guy in school. The middle school-aged boy gets bullied, but with his mother's help, finds a clever solution to his predicament.

Teenage dating, with some physical contact. Teenage girls compete for male attention. An adult married couple is shown in bed together with mild sexual innuendo.

Urban violence, including a teen getting shot by a semi-automatic weapon in a drive-by, a teen lying on the street after being stabbed, and a teen being shot by police officer (some blood).

This is a very message-heavy show about helping communities improve, being honest and upstanding, finding positive solutions to problems, learning the importance of family, etc. The main characters are African American; good and bad characters are of all races. Lots of gang- and drug-related issues; some discussion of race relations and social problems.

Some brief scenes with drug addicts (raiding a crack house); some discussion of drug-related crime. Some bad guys smoke, though it's rarely seen.